I have the same urge whether it's candles on a birthday cake, stars bright first seen in the night or a full, fluffy dandelion, I must in that moment make a wish. Way back when, the request was either to lose weight, fall in love, or become the next Judy Blume, Matt Groening or Lisa (of Wendy & Lisa in Prince's Revolution).

Is it sad to say that my desires haven't changed much?
Except that instead of becoming the next, I just want to be the most awesomest me.
Dream big. Live bigger.

Whenever I share that I write for children and young adults, people instantly glow with wonder and admiration and then most reply, "I wish I was creative." I totally get this response. Creative translates into 'artist': actor, singer, dancer, painter...

But I was creative even when my world revolved around numbers as a CPA. No, I didn't "cook the books." My co-workers and I would constantly come up with innovative ways to produce and deliver our work. And it doesn't end with one's career. Creativity can be expressed during mundane tasks. Shimmy while brushing your teeth or turn chores into a game to get the entire household involved.

Unfortunately creativity is often repressed or believed to be reserved for those with "real" talent. As said in one of the most watched Ted Talks: We don't grow into creativity, we grow out of it.


So what if you have two left feet, are tone deaf or your green thumb is black? Maybe we need to take another look at the true meaning of creative: having the quality to create; original thought; productive.

Everyone has the power to create.
Everyone has a unique expression.
Every single person is creative. With every new thought, word or action.

Whether you cure the common cold, belt out a made up song in the shower or try a new route to work. You are creative. So claim it.

what will you create today?
PlayWrite
http://www.bysonjathomas.com/

Another year has come and gone, and many, many books were consumed. Some awesome, some lame. The following were my top 3 YA reads, and I'm proud to say that one of them was actually released last year (go me!). Drum roll, please... 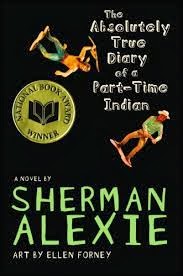 In third place is The Absolutely True Diary of a Part-Time Indian. Released in 2007 in his first book for young adults, author Sherman Alexie tells the story of Junior, an aspiring cartoonist growing up on the Spokane Indian Reservation. Determined to take control of his future, Junior leaves his school on the rez to attend an all-white farm town high school where the only other Indian is the school mascot. Based on Alexie's own experiences, along with drawings by artist Ellen Forney that reflect the character's art, Part-Time Indian made me laugh at loud and suck in tears, all in the same breath.

This is the first YA I've read that captures struggling with self-identity in terms of race, economics, and smarts with an honest, authentic teenage voice. I instantly fell in love with Junior and flew through the pages, praying that he would make it out on top. He reminded me that we must always be brave and stand up for ourselves and what we love most. But at the same time, that we never do it alone. 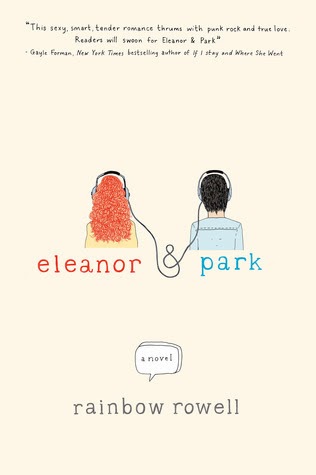 In the second spot is Eleanor & Park by Rainbow Rowell. Even though I'm not typically into romance, when a book starts with "XTC was no good for drowning out the morons at the back of the bus", you got me. I'm a sucker for anything eighties.

Set over the course of one school year in 1986, Eleanor's the new girl, bullied because she's overweight and dresses like a freak. Park is half-Korean, who's lived in Omaha all his life but still feels like an outsider. This story of first love slowly builds from the first day Eleanor sits next to Park on the bus. First they ignore each other, and then they become friends through their love of comic books and '80s alternative music.

Told from alternating points of view between Eleanor and Park, I was instantly reminded of how we get trapped in our own mind games when it comes to love, never quite knowing how the other sees it. Confused, adorable, innocent, and awkward, everything someone experiences when you really, really like someone. 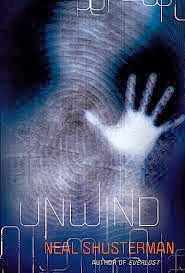 And my absolute favorite book that I read last year was the 2007 science fiction novel Unwind by Neal Shusterman.

As described on Amazon, the story is set "in America after the Second Civil War when the Pro-Choice and Pro-Life armies came to an agreement: The Bill of Life states that human life may not be touched from the moment of conception until a child reaches the age of 13. Between the ages of 13 and 18, however, a parent may choose to retroactively get rid of a child through a process called "unwinding." Unwinding ensures that the child's life doesn’t “technically” end by transplanting all the organs in the child's body to various recipients. Now a common and accepted practice in society, troublesome or unwanted teens are able to easily be unwound."

The novel is told through the eyes of three teens: Connor, a rebel whose parents have ordered his unwinding; Risa, a ward of the state who is to be unwound due to cost-cutting; and Lev, his parents' tenth child whose unwinding has been planned since birth as a religious tithing. Talk about a gruesome set-up. But Shusterman has a way of writing about a controversial topic like abortion without preaching or dispensing any personal perspectives.

Fast-paced, suspenseful and provocative, this futuristic thriller will leave you satisfied, yet contemplating and discussing your own moral beliefs. After reading this book, I picked up two other Shusterman novels, Bruiser and Full Tilt, and I'm awed and jealous at his brilliant imagination tackling thought-provoking topics.

So there you have it. Humor, romance and science fiction, all told with an authentic voice and honest emotion at a fast clip. So good, you'll go back for seconds.

read on!
PlayWrite
http://www.bysonjathomas.com/
No comments:

I consider myself risk averse. Probably because I like control and prefer outcomes to be in my favor. I had a nice, predictable life not so long ago: a steady paycheck and comfy condo. I traded it all in to move cross country to fulfill my dream of writing for children & young adults.

Talk about facing fear head on.

Everyday staring at the blank page. Awaiting feedback from my critique group. Reading my work in front of peers...in front of strangers. Hoping for a response on my manuscript submissions. Wondering if I'll ever get an agent...book deal...income...fans...

Up until a few days ago, I've always thought of my fear as "the enemy." It was the reason I procrastinated or feigned writer's block. Fear was the companion to my perfectionist so that I never quite finished. But what if fear was actually my friend?

There's a reason anxiety has a hold on me. And instead of playing freeze tag, why not pause instead and take a closer look at my dread.

My distress over everything stated above—from the blank page to ever having fans—is all because of a deep-seated desire to be loved. Seriously, who doesn't struggle with this at some point in their life?

I can't control what others feel about me or my words. But I can control what I think, say and do. As long as I stay true to my beliefs and my voice, then my audience will find me. And hopefully, some will be inspired, entertained and enlightened.

So, thank you fear. Thank you for reminding me to let go of what I can't control and focus on what I can, and what truly fuels my soul.

you had me at boo!
PlayWrite
http://www.bysonjathomas.com/ 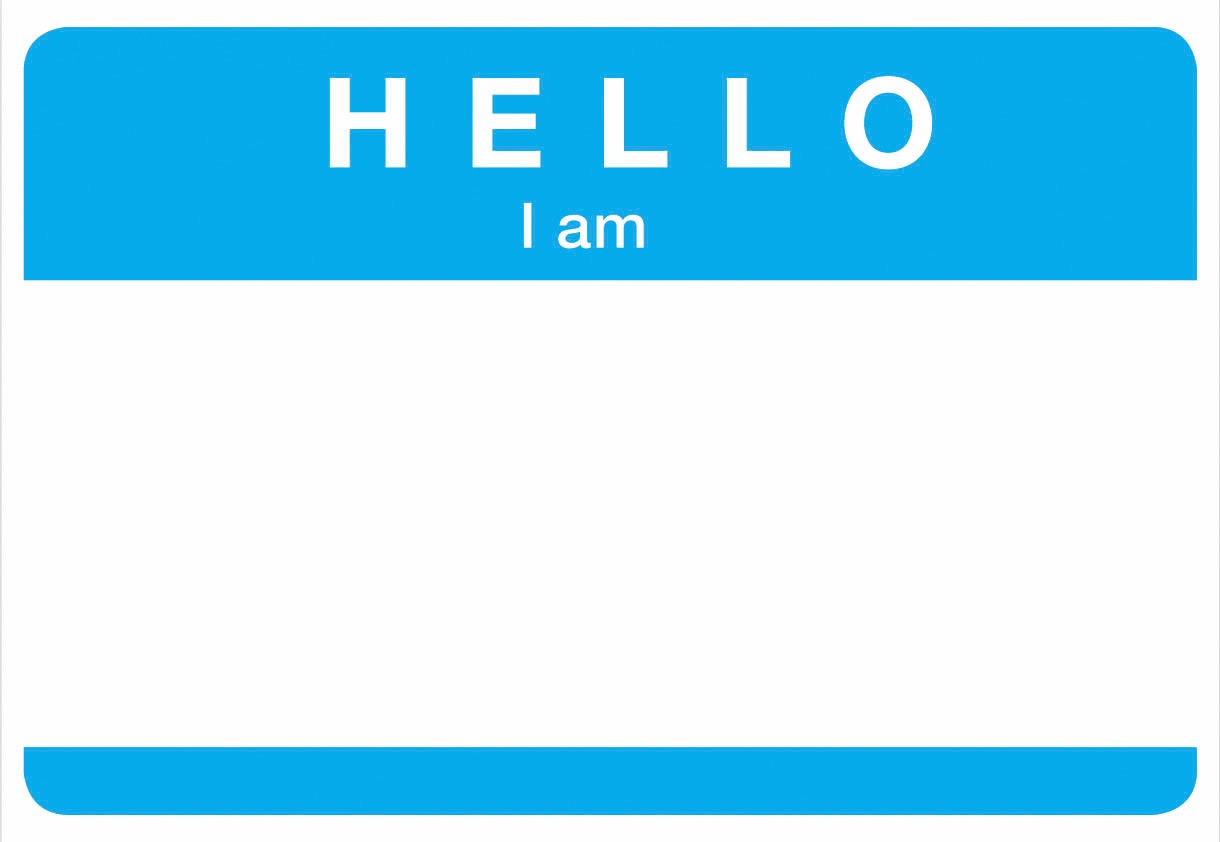 As a society we are conditioned to stuff everyone and everything into a labeled box. Whether it be race, religion, physical appearance, social status, and the list goes on. This wonderful article, Why I stopped hating Elvis Presley, shows how we hold onto opinions about others based on limited point-of-views, most times not even formed on our own experience.

I realized I do this with myself.

I was the honor roll student. Mixed chick. Thunder thighs. CPA. Vegetarian. Coffee addict. Cat lady. Emotional binge-eater. Depressed. Some labels I placed on myself. Some were from others and I let them stick.

These labels limit my growth: how I perceive myself and what I experience. But they can be used to get to the core of who I really am.

Over a year ago, I had taken a break from coffee. After a month detox, I excitedly reintroduced my favorite creamy caffeine into my daily routine and my body rejected it. I was devastated. I was all about coffee. Stumptown anyone? Without it, who was I?

Then I thought, what about coffee do I really love? The nutty aroma. Cradling the warm cup. Lounging on a couch, deep in conversation with a loved one. The energy jolt. Lost in my imagination, working on my writing. Memories of Paris and Italy.

Coffee represented so much to me. Connection, creativity and energy.

But all of this doesn't come from coffee alone. There are infinite ways for me to experience connection, creativity and energy. And now that I no longer label myself as a coffee addict, I am free to play and discover new experiences that feed me and my soul.

who are you without labels?
PlayWrite
http://www.bysonjathomas.com/ 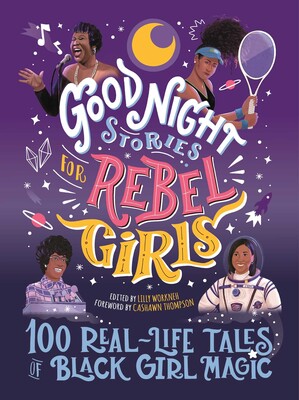